As countries develop and living standards improve, energy demand grows rapidly. Another side, depletion of fossil fuel creating energy gap which proposes a considerable need for alternative energy resources [1]. The best theory to fill this energy gap is the use of sustainable and renewable resources like lignocellulosic biomass [2]. Bioethanol due to high energy density, reduction of CO2 emission, greater air-fuel ratio, and more heat of vaporization is one of the promising renewable energy which has a high potential for the replacement of fossil fuels [3,4]. Bioethanol is differentiated as first- and secondgeneration ethanol, based on the raw material. Firstgeneration bioethanol is produced mainly from C6 sugars such as sugar beets, cereals, and sugarcane while second-generation delivered from renewable lignocellulosic biomass and industrial by-products or residues [5,6]. But because of disputation of food versus energy, ethanol production from lignocellulosic residues has earned noticeable attention as a wide variety of feedstocks can be used as materials with no significant competition with the food chain [5- 7]. The majority of the procedure cost of ethanol production relies on the cost of raw material and in such a scenario; lignocellulosic biomass had made the procedure commercially feasible [8].

Production of bioethanol from lignocellulose particularly rely on two desirable steps: (1) pretreatment, and (2) hydrolysis [9,10]. Pretreatment is the crucial step of removing the lignin because the extent to which the biomass becomes easily obtainable to the enzyme for hydrolysis extremely relies on the type of pretreatment occupied [11]. Beside the pretreatment step, another important process is effective saccharification during hydrolysis of lignocellulosic biomass as it is the rate limiting process towards the techno-economic feasibility of lignocellulosic bioethanol [12,13]. Enzyme cellulase catalyzes the hydrolysis of cellulose by breaking the 1, 4-β-glycosidic bonds in between the cellulose chain of biomass [14]. Among the hemicellulase enzymes, xylan is one of the crucial ones which are engaged in the enzymatic saccharification [15]. Whole consumption of carbohydrate components in lignocellulosic biomass is dependent on the development of cheaper methods of technologies for cellulase and hemicellulase production [16,17], and also the improvement of enzymatic saccharification of carbohydrate component to monomeric sugars such as hexoses and pentoses [18]. It was reported by many researchers that enzyme production is the most expensive step in the production of ethanol from lignocellulosic biomass. It covers about 40% of the total cost [19,20]. Then, for bioethanol production from commercial companies improvement of cheaper/cost-effective hemicellulase and cellulase production technology is necessary. Hence, this review describes widely about the current status of enzymatic saccharification to provide insight into hydrolysis process.

2. Process of Biomass to Ethanol Production

Production of ethanol from lignocellulosic biomass includes three main steps: (1) pretreatment, (2) enzymatic saccharification/hydrolysis, and (3) fermentation [21]. Figure 1 presents the process of ethanol production from lignocellulosic biomass. For alteration of biomass structure as well as its overall chemical component a suitable pretreatment is needed to facilitate rapid and effective enzyme access and hydrolysis of carbohydrates to fermentable sugars [12,22]. Pretreatment is responsible for a notable proportion of process cost, and as a result, various pretreatment technologies have been identified during the last three decade; though these technologies are mainly determined to the biomass and enzymes. Figure 2 shows the most common pretreatment methods used on lignocellulosic biomass [9,10,23,24]. Enzymatic hydrolysis relates to the procedure that alters polysaccharides into monomeric sugars. The fermentable sugars obtained from hydrolysis can be fermented into ethanol and other products by microorganisms, which can be either naturally obtained or genetically modified [18,25]. The saccharification procedure can be mainly carried out in two ways; enzymatically (biological) by (hemi) cellulolytic enzymes or chemically (acidic) by sulfuric or other acids [26]. The chemical reaction is done by using either dilute or concentrated acid. However, enzymatic hydrolysis is becoming a suitable process due to several benefits like low toxic compound generation, high product yield, less chemical requirements, less energy and mild environment conditions, and generation of fewer fermentation inhibitor products (Figure 3) [27,28]. Enzymatic decomposition of lignocellulose because of many structural features is extremely complicated and make it very recalcitrant. In addition to the complex network formed by cellulose, hemicellulose, and lignin, some enzymes can be absorbed by condensed lignin which decreases the hydrolysis yield by nonspecific linkages of these enzymes [29].

Cellulases represent the primary family needed to depolymerize lignocellulosic substrates. Cellulose complex consists of endo-β-glucanase (EC 3.2.1.4), exo-β-glucanase (EC 3.2.1.91) and β-glucosidase (EC 3.2.1.21). Cellulase acts on cellulose in the following manner: endoglucanases act randomly on internal glucosidic linkages, in the amorphous portion of cellulose, releasing oligosaccharides with several polymerization degrees. Cellobiohydrolases degrade cellulose by removing cellobiose molecules; they can act on the crystalline portion of cellulose and attack from the reducing and non-reducing ends of the glucose chain [14,30]. Exoglucohydrolases are responsible for removal of glucose units from the non-reducing ends of cyclodextrins. Finally, β-glucosidases hydrolyze cellobiose into glucose and also remove glucose units from non-reducing ends of small cyclodextrins (Figure 4a) [14,30]. Individual enzymes are not effective for cellulose chain degradation to a monomeric unit, then synergistic action leads to a suitable hydrolysis. Major synergism has been observed firstly between endo and exo-βglucanase and secondly between exo-β-glucanases which act from both reducing and nonreducing end. βglucosidase overcomes catabolic repression by preventing accumulation of cellobiose [14].

Hemicellulases are the enzymes involved in the degradation of hemicellulose and it requires a more complex group of enzymes. In hemicelluloses, xylan is one of the major important enzymes which is involved in the enzymatic hydrolysis [15]. It demands endo-β-1,4-xylanase (EC 3.2.1.8), which acts randomly on the internal bond of xylan to release xylo-oligosaccharides, β-xylosidase (EC 3.2.1.37) which hydrolyzes the non-reducing ends of xylose chains to release xylose, and several supplementary enzymes including α-L-arabinofuranosidase (EC 3.2.1.55), α-D-glucuronidase (EC 3.2.1.139), α-Dgalactosidase (EC 3.2.1.22), acetyl xylan esterase (EC 3.1.1.72) and ferulic acid esterase (EC 3.1.1.73) [15,31,32]. Schematic view of a hemicellulolytic system, degradation of arabinoxylan is depicted in Figure 5. Figure 4.Simplified schematic of the hydrolysis of amorphous and microcrystalline celluloses by non-complexed (A) and complexed (B) cellulase systems (This figure is adapted from [64]).

The notion of supplementary enzymes has developed in the past years since most are regarded critical in enzymatic cocktails to improve sugar yields during biomass saccharification [33,34]. Furthermore, it has reported by Hu et al. [35] that supplementation of cellulase combination with hemicellulases can increase the rate and yield of glucan conversion since the reduction of hemicellulose exposes the cellulose fibrils and improve substrate accessibility. Synergism between the enzymes is a widely identified phenomenon in biomass hydrolysis and it relies on several parameters including the nature of the substrate and the source of enzymes.

3.3 Producing cellulase and hemicellulase by microorganisms

There are numerous bacteria and fungi microorganisms which are involved in the cellulase production for digestibility. Bacteria demand anaerobic growth condition and have a very low growth rate, hence fungal cellulase have been mainly used for this purpose (Table 1). The system of fungal cellulases production works on the restrainer/inducer phenomena where glucose easily metabolized carbon sources act as restrainers while cellulose or other oligosaccharide act as inducers [36,37]. For cellulase production, the most examined fungi microorganisms are Trichoderma spp. and Aspergillus spp., native or genetically modified. These fungi produce a crude enzyme which can be used in the industry [38,39].

Endo-β-glucanase and exo-β-glucanase generate in high quantity and β-glucosidase generates in the low quantity by Trichoderma generate. However, Aspergillus is one of the fungi mostly produces endo- β-glucanase and β-glucosidase in high quantity and generally lacks exo-β-glucanase [38,39]. Therefore, various researchers have presented blending enzymes from these two fungi as a technique to maximize the conversion of lignocellulose to monomer sugars. One of the noticeable fungal strain for high cellulase production is Aspergillus niger. It has a group of nine genera, but only some of them dominate for the production of cellulase [40,41].

The first cellulose production endeavored on liquid water but because of gathering free sugar catabolic repression took place, that hindered the cellulase synthesis during the microbial growth. By nourished batch or continuous mode culturing can overcome this challenge but increase the final cost [48,49]. One of the favorable technical methods for reduction of processing cost is the production of cellulase on the agro-industrial residues through solid state fermentation (SSF) [50]. In these cheap residues carbohydrate act as a carbon source for fungal growth [48,50].

Enzymatic saccharification of lignocellulosic biomass is disturbed by different hindrances that limit the enzyme's action. Despite, the factors that affect the productivity of saccharification of lignocellulose have been revised by many authors to obtain a comprehensive, rapid and effective conversion of cellulosic substrates remains a challenging goal [52]. Main factors influencing enzymatic hydrolysis can be divided into substrate features and enzyme-related factors. A summary of factors that influence enzymatic hydrolysis is shown in Table 3. The percentage and level of cellulose saccharification by cellulase enzymes are affected by two main chemical and physical parameters of the substrate: (1) CrI and its DP that decrease enzyme efficiency, and (2) the matrix polysaccharides and lignin coat the cellulose fibril that act as a physical barrier preventing enzymes from reaching the cellulose [54-56].

It has reported avoiding substrate inhibition, lower substrate concentrations are more appropriate. Moreover, in this study, the authors realized at 16% stopping of corn flour the glucose yield was 76%, while at 40% stopping was just 50.2% [59]. High enzyme dosage considerably improves the procedure cost but it increases the sugar yield reduction at the same time. Hence, one of the best approaches to conquering the challenges is finding of optimum factors like pH, temperature and, incubation time at low enzyme dosage. Wang et al. [59] reported that sugarcane bagasse under alkali pre-treatment by using crude Trichoderma can have the highest rate of hydrolysis (37.29%) at 50°C. Enzymatic hydrolysis of alkali treated sugarcane bagasse quickly improved (more than 8 h) and at the later stages, the level of this improvement was significantly decreased [60]. Ahmed et al. [61] presented the highest sugar yield reduction (about 343 mg/g dry substrate) from wheat straw under NaOH pre-treatment at 55°C for 30 h by using cellulose which produced from Penicillium waksmanii. The differences in temperature were because of various species for the production of cellulose. Furthermore, the duration of hydrolysis procedure affects the hydrolysis rate [62,63].

Generally, hydrolysis process faces different hindrances which are economical and technical. Economic problems associated with the cost of raw material, cellulase enzyme, while technical issues are ineffective cellulase adsorption and value because of minimal specific substrate area, end product inhibition and lignin [11,28]. Then, hemicellulase and cellulase saccharification issue need to be taken care of for more improvement of lignocellulosic bioethanol technology. For enhancement of cellulase efficiency and yield under stress conditions, using genetically modified cellulolytic microorganisms by cellulase coding sequences into fungi, plants, and bacteria is suggested [78-80]. Although, a genetically engineered raw material with low lignin level and high carbohydrate content could decrease the cost. In addition, Solid-State Fermentation (SSF) also can be cost-effective by overcoming the end product inhibition. There is an important research to find out the mode of action of the crucial parameters that maintain interactions between biomass, hemicellulase, cellulase and prohibitive compounds [89-91]. This knowledge will supply a new approach to recognize better pretreatment and hydrolysis methods as industrial demand. 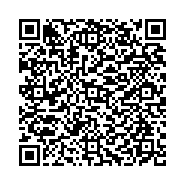