The effect of cytokinins and combination of cytokinins and auxins on in vitro microtuber formation and growth of two potato cultivars of potato (Solanum tuberosum L.) were evaluated. In the present study sprouts and nodal explants of potato, cultivars Agrija and Andrea, were cultured on MS medium, supplemented with different hormonal combinations. For sprouts as an initial explants were used MS + 4 mg/l KIN and MS + 2 mg/l BAP, and for nodal explants were used MS + 4mg/l KIN + 1mg/l IAA and MS + 2 mg/l BAP+1 mg/l NAA. For rapid sprouting clean popato tubers were in vivo treated with 2 ppm GA3. Between the two different explants (nodal segment and sprout) nodal cutting showed the better microtuber formation. The cultivar Agrija showed greater ability for in vitro propagation, with 2.14 tubers per shoot and 13.33% microtuber formation.

Potato (Solanum tuberosum L.) is a very important crop in agricultural production in the Republic of Macedonia and around the world. It is grown in 180 countries worldwide. According to FAO data [1], the most potatoes are produced in Asia, then in Europe; South America; then in North and Central America. Europe's largest manufacturers of potatoes are Ukraine, Poland, Belarus, Germany, Romania, the Netherlands, and France. The beginning of potato cultivation in Macedonia dates 150-170 years. Today in the Republic of Macedonia potatoes are produced on over 13000 hectares with average yields 20-40 t/ha and almost every year the area expand.

Tuberisation process in potato is a very complex, but it can be induced under in vitro condition. Because of their small size and weight, microtubers have tremendous advantages in terms of storage, transportation and production practices. They can be directly sown into the soil and can be produced in bulk in any season. They have similar morphological and biochemical characteristics compared to field produced tubers. Therefore, mass production of potato microtuber is likely to revolutionize the world potato production [2].

Many researchers used different growth regulators for in vitro induction of microtubers in potato [3-6]. A number of extensive physiological research has revealed that in vitro tuberisation is controlled by several factors, such as hormonal combination, ratio of photo period, nutrient compositions etc. [7-10]. This technology has been used for disease-free potato seed production in many countries [11-13]. Nowadays a protocol for mass propagation of potato microtubers is automated by using bioreactor system [14].

Tissue culture techniques are used worldwide to produce pre-basic, virus-free seed potatoes known as microtubers. The microtubers are sown in a protected environment to produce minitubers (basic seed). The basic seed enters the seed production chain to produce the certified seed to be sold to the farmers. The main objective of the present study was to standardize the media for potato plant growth and microtuber induction.

The main goal of this research was to set up a culture of sprouts and nodal segments as initial explants of two potato cultivars Agrija and Andrea in in vitro conditions. Explants development, organogenesis stage of explants on different hormonal media and possibilities for microtubrisation were followed during this experimental work.

The experiment was conducted at the Department of Plant Biotechnology, Faculty of Agriculture, Goce Delcev University – Stip, Republic of Macedonia. The well establish potato cultivars Agrija and Andrea were used as plant material for evaluation for their response to in vitro microtuberisation. Clean tubers were treated with 2 ppm GA3 for rapid sprouting. One week old sprouts were used as initial explants (Fig. 1).

Figure 1: The effect of treatmeant with 2 ppm GA3 for rapid sprouting.

These initial explants were cultured in Murashige and Skoog (MS) [15] solid medium (pH = 5.8) in test tubes supplemented with cytokinins.

The bud sprouted into plantlet having 4-5 nodal segments within one month. Nodal cuttings were collected from regenerated plantlets and used as explants for in vitro tuberisation of potato. MS media were prepared with 3% sucrose, 0.7% agar, myo-inositol 100g/l; casein enzymatic hydrolysate 200g/l, thiamine HCl 0,1 mg/l, pyridoxine HCl 1,0 mg/l, nicotinic acid 0.5 mg/l and supplemented with cytokinins and auxins.

The cultures were incubated under the following culture chamber conditions:

The influence of gibberellic acid on stimulation of sprout formation is presented in Table 1. The treatment with 2 ppm GA3 was efficient for the two cultivars. All treated tubers resulted with de novo a sprout, which shows effect of 100.00% in sprouts formation. A higher number of sprouts were formed from the cultivar Agrija with average of 9.66 sprouts per tuber (Figure 1).

In the Table 2 is presented the effect of cytokinins KIN and BAP on in vitro shoots, roots and plantlets formation from sprout explants. The results show that the cultivar Agrija has maximum potential for rooting and shoots formation. On MS + 2 mg/l BAP both parameters show 100.00% rooting and formation of start explants (Figure 2).

Figure 2: Shoot formation from initial sprouts explants: A. after 2 weeks; B. after 3 week; C. after 6 weeks.

Figure 3: Shoot and microtuber formation from nodal explants: A. after 2 weeks; B. after 3 week; C. microtuberisation after 6 weeks.

However, the effect was variable depending on the genotype and cytokinin concentration. The response of potato cultivars studied was in general agreement with previously reported findings by a number of investigators using different cultivars [15-17].

In this experiment was used 3% sucrose in MS medium. Probably the low formation of tubers in the cultivar Agria (10.00% and 13.33%) is due to the low present of glucose used in the MS medium.

In conclusion, the results of present research suggested that standardisation of culturing media significantly improve the potato plant growth and microtuber induction.

Micro propagation is the alternative to conventional propagation of potatoes. in vitro propagation methods using sprouts and nodal cuttings are more reliable for maintaining genetic integrity of the multiplied clones.

Microtubers are the first generation of potato seed from tissue culture: they are used to solve the problems of transplanting the plantlets from in vitro to in vivo conditions.

The microtubers have a lot of advantages, thanks to their small size and reduced weight, upon storage, transport and mechanization. They can be planted on the soil and can be produced at any time of the year. They have similar morphology and biochemical features with traditional tubers. in vitro microtuber production is very important for the production and storage of a potato valuable stock. Potato microtubers obtained through in vitro culture from single-node cuttings are convenient for han-dling, storage and exchange of healthy germplasme. The nodal segments as starting explants demonstrated higher efficiency compared to the sprouts. The composition of MS with cytokinin and auxin has shown the best effect, especially MS + 2 mg/l BAP + 1 mg/l NAA where the cultivar Agrija formed 13.33% microtubers. High sucrose concentrations may act as inducing signal leading to starch accumulation, so to increase the present of microtuberisation the concentration of sucrose must be higher.

On the tested media the cultivar Agrija has higher potential for in vitro micropropagation and microtuberisation.

The study also demonstrates that in vitro tuberization capacity of potato depends on the genotype. 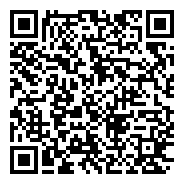