The aim of this study the effectiveness of the treatment solution based on the identity of high school students. The research method was experimental research with pretest-posttest control group. The population consisted of secondary school students living in Saleh Abad in 2015 that number of 40, experimental group (n=20) and control (n=20) were selected by convenience sampling method and group received 6 sessions of 60 min under treatment based solutions. A research tool was Identity Styles Inventory (1992). The results showed that treatment solutions based on identity styles of high school students and the greatest impact on normative identity confusion.

Short-term solution-focused therapy is one of effective therapeutic approaches to help people who face marital stress. This approach is classified as post-modern approach (postmodern) to the extent to which cooperation between therapist and client behavioral interventions for treatment. Solutionfocused therapy is non-pathogenic perspective and knowledge of authorities to help clients find solutions to their current problems [1]. In this contrary view of problem-oriented approach rather than focusing on difficulties emphasis will be on finding solutions [2,3].

Therefore, solution-focused therapy is based on solution, not focusing on problem and forces current through discovery of bodies and hope for future is driven by not discussing issues and its causes in past. This approach, rather than focusing on defects and disabilities highlight abilities and accomplishments of people and build relationships focused support during healing process.

This therapy believes that clients deserve and need to change within their own creations [4]. According solution-focused change was inevitable, and in particular constructive change is possible. In this type of treatment are hard and unchanging areas focusing instead on issues where there is the possibility of change. That is reason that solution-focused therapy has been known to consult hope [5,6]. Adolescence is complex of human growth regardless of infancy, in any period of change as teenager in person's life does not happen.The adolescent identity crisis issues and emotional problems they are experiencing.

Identification of adolescence and parallel to physical, cognitive, social and emotional crucial importance and is ongoing process of trying to achieve identity [7]. Adolescence and youth period is which crisis of identity, psychological organization prevails. In search of different and sometimes conflicting values and pays them evaluate, and ultimately for fundamental identity.

As teenager and young high school students are trying to earn individuality that distinguishes the individuality and pose their parents questions such as who am I? Will I be successful? And whether I would be accepted?

The students in their quest for personal identity behaviors are tested.They believe world will show their independence and try to be leader of their environment and at same time are desperately looking for evidence that they recognize as independent people.

The identity play important role in individual and perception of it. Among these theories, theory of Ericsson and Marcia are of particular importance and seem to enjoy Ericsson identity differentiation and puts person between himself and others. He points out that identity is social psychological construct that includes mindset, and how person views relationship with others. Personal identity as well as aspects of one's identity that helps separate himself from the others and includes set of values, beliefs and goals that the person is no longer hidden from view.

According to Marcia is organizing inner identity, including their construction, system of beliefs, desires, ideas, skills and history of person who is in fact result of crisis. Inspired by Ericsson theory in study of identity formation in social life began to distinguish four distinct components is achieved, acquired or managed identity (through crisis of maturity and commitment to certain goals), precocious identity (commitment to specific goals without experiencing crisis), vagueness of identity (identity crisis is not over and not committed to specific objectives) and identity of suspension (Trying to obtain identity but still have not won commitment to specific goals) [6].

The research method was experimental research with pretest-posttest control group.

The population consisted of secondary school students living in Saleh Abad in 2015 that number of 40, experimental group (n=20) and control (n=20) were selected by convenience sampling method and groups for 6 sessions of 60 min under treatment based solutions.

A research tool was Identity Styles Inventory in 1992. It used was designed to measure cognitive processes - social adolescents and young adults dealing with issues of identity. According Berzonsky, individuals in all three different orientations or three different identity processing style they choose. The questionnaire included three styles of identity evaluate informative, norms and confused - avoid styles. Scale has 40 questions, 11 questions on scale of intelligence, nine questions on scale normative, 10 questions on scale Srdrgm- avoidance and 10 other questions about scale of commitment that for secondary analysis used and style identity is not considered [7]. Reliability of scale was 0.62 normative 0.66 and confusion - Avoid 0.73 was reported.

Shokri et al. [7] in another study achieved Cronbach's alpha for informational identity styles; normative and confused and avoidance 0.71, 0.53 and 0.65 respectively. For data analysis, descriptive statistics of mean and standard deviation and graphs were used.

According to Table 1 significance level for all tests was higher than 0.05 and post-test and pre-test is normally distributed and therefore parametric statistics are used.

Table 5. Results mean and standard deviation scores in the experimental group and the control group identity styles in pre-test and post-test.

Table 6. Results of analysis of variance to the mean of the experimental group and control identity style.

It seems to focus on process of identity management solutions have helped participants to reduce their problems. In general, this study suggests effects of treatment solution are based on identity of high school students. Effectiveness of course mainly rational and realistic aspects of identity, identity information, norms and commitment but irrational and emotional aspects of identity or senses of confusion significant effect of solution-focused therapy reject. Solutionfocused therapy to help people become aware of previous problems and their behavior, needs behind their behavior and find two basic needs. The need to love and be loved and to satisfy their need to feel valuable, need to feel loved and be loved, including all forms of love, of friendship and love of parents. 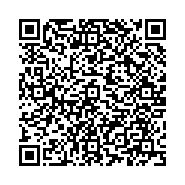