Department of Biology, College of Science, University of the Philippine Baguio, Philippines.

The Municipality of Atok in Benguet Province, Philippines is a landslide prone area due to its mountainous topography, occurrence of earthquak e and heavy rainfalls brought by monsoon rains and typhoons, and human activities such as excavations and road construction. In the past years, massive landslides washed off vegetation cover of several areas in Atok, leaving these barren. Several of these landslide scars were left untouched, and eventually, revegetated by recolonizing species. In this study, we conducted vegetation analysis of a four - year - old landslide scar in Poblacion Central, Atok, Benguet Province, Philippines. The vegetation analysis w as performed within the landslide scar and the adjacent uneroded area, using line transects and quadrats, to determine the frequency and cover of the recolonizing species . The most dominant species was determined from the importance values computed from th e relative frequency and relative cover. There were 19 species identified in the landslide scar. The dominant species are the Campylopus sp. , Paspalum longifolium and Eupatorium adenophorum with importance values of 30.365%, 22.597% and 11.704% respectivel y. Comparatively, there were 21 species identified in the adjacent uneroded area, of which the dominant species are Paspalum distichum , Pteridium aquilinum , and Paspalum longifolium with importance values of 25.461%, 13.050% , and 12.105% respectively. T his study was conducted to document the recolonizing plant species in the landslide scar that can be used as revegetation species in other landslides .

The occurrence of landslides is a geological phenomenon that is characterized by downslope movement of vegetation, soil, and saprolite under the influence of gravity. Landslide occurs in unstable slopes that is infiltrated by rain or affected by earthquakes [1]. In the Philippines, the municipality of Atok, Benguet Province is one of the areas that are prone to landslides. The vulnerability of this area to landslides is attributed primarily to its topography, occurrence of earthquake and heavy rainfall. The Municipality of Atok is found in the mountainous Cordillera Central Range, which is characterized by steep slopes. In addition, the Central Cordillera Range is crossed by the Digdig Fault, which has recorded a large magnitude earthquake last July 16, 1990 and has resulted to innumerable landslides and slope failure [2,3]. This is worsened by anthropogenic activities such as excavations and road construction. Furthermore, strong typhoons usually visit the municipality during the months of June – November, causing the frequent occurrence of erosion.

Landslides, as an ecological disturbance, alter mountainscape and biological organization of an ecosystem [1,4]. As an ecological disturbance, landslides promote surface weathering and soil infilling, and influences light conditions and amount of precipitation [5]. Impacts and vegetation recovery of landslides have gain attention in ecological and geomorphological studies [6]. Hence, species composition of landslides has been documented in several studies [7,8,9]. Succession in a landslide scar results to recolonization, which contributes variation in vegetation [1,4]. In addition, the recolonization of a landslide scar is important in vegetation recovery that contributes soil stability [1]. Likewise, studies on landslide recolonization can provide insights in restoration of disturbed habitats [5].

In the Philippines, most of the studies conducted regarding landslides have focused on the impacts, yet there are few studies on natural colonization. The identification of recolonizing species can indicate suitable species that can be used for soil stabilization. In addition, baseline data on vegetation analysis can be useful in the rehabilitation and mitigation of landslides. In this study, vegetation analysis was conducted on a four year old landslide scar in Poblacion Central, Atok, Benguet Province to document the recolonizing plant species. Specifically, this study had two fold objectives as follows: (1) to identify the pioneering species in a landslide scar in Poblacion Central, Atok and (2) to determine the dominant species, which can be used as revegetation species in other landslides.

Atok is one of the 13 municipalities of Benguet Province, which is characterized by mountainous terrain and steep slopes. After the July 1990 earthquake, the incidence of landslides in Atok has increased. Specifically, one of the barangays that has been affected by frequent land sliding is Poblacion Central. It is located about 21.5 km North East of Baguio City, within the latitude 16°33’19.44” and 120°40’55.92”. During surveys, several landslides were identified in Poblacion Central, most of which were left unattended. The study site has an estimated area of 3000 m2, an elevation range of 1590 to 1626 meters above sea level and an average slope of 60° (Figure 1). According to the local residents, the landslide was triggered by the heavy rains brought by Typhoon Pharma, locally named as Pepeng, last November 2009. Figure 1: Location of the landslide scar.

The plant species found on the landslide scar and adjacent uneroded area were assessed using the gradient transect method. Four 50-meter transect lines were laid on the site and 1 x 1 m quadrats were nested on each line transect at four-meter intervals. The plant species occurring in each quadrat were collected and identified. The percentage cover and frequency of each plant species were measured and the relative cover and relative frequency were computed. Likewise, the importance value of each plant species was also determined. To determine the influence of the adjoining vegetation, the similarity index using Sorenson’s Coefficient of the landslide scar and adjacent uneroded area was computed.

Species composition of the landslide scar and adjacent uneroded area

Based on the vegetation analysis, there were 19 species, belonging to 15 families, identified on the landslide scar. These include two species of lichen (Stereocaulon sp. and Parmelia sp.), one species of moss (Campylopus sp.), four species of fern and fern allies (Lycopodium cernuum L., Hymenophyllum sp., Dipteris conjugata Reinw., Dicranopteris linearis (Burm.f.) Underw.), and 12 species of higher vascular plants. The most dominant species is Campylopus sp. followed by Paspalum longifolium Roxb. and Eupatorium adenophorum Spreng. with importance values of 30.365%, 22.597% and 12.314%, respectively (Table 1). Campylopus species tend to dominate as colonists, which are capable of flourishing in barren areas exposed to sunlight [10]. In addition, mosses are pioneering species in an ecological succession. Mosses prefer bare ground where there is less competition and play an important role in regulating soil climate and biogeochemical cycling [11]. The other species on the landslide scar are grasses and herbs, mostly belonging to Family Poaceae and Asteraceae. Similar studies showed that grasses and herbs can recolonize landslide scars in a short period of time [8,12]. Grasses and herbs can be dispersed by wind and have the capacity to grow their roots at greater depth [12]. Easy dispersal and resistance to climatic and physical restrictions are significant to recolonizing species [4]. Aside from the grasses and herbs, several species of lichen and ferns were also identified. Comparable to mosses, lichens and ferns are important in landslide scar succession though ferns were reported to retard forest recovery [1]. Comparatively, the adjacent uneroded area is predominated by Paspalum distichum L. – Pteridium aquilinum (L.) Kuhn – Paspalum longifolium Roxb., while the eroded areas are dominated by Campylopus sp. – Paspalum longifolium Roxb. – Eupatorium adenophorum Spreng. in decreasing order of importance values. This indicates the influence of landslide in altering vegetation and in changing biological organization of an environment. The occurrence of landslides alters the dominance of species and allows the growth of pioneering species such as mosses and ferns, thereby contributing to altered biodiversity. In addition, landslide contributes to functional stability of the ecosystem as the biological organization is altered [4,5,13].

Recolonization in a landslide scar

Recolonization of plants in a landslide scar takes time. Based on studies, trajectories on the vegetation assemblage differ and may be unpredictable. For forest recovery, it may take more than a decade for trees to reorganize, while grasses can recolonize landslide scar in about six years [1,7,12].

In this particular study, vegetation assemblage has been observed on a four-year old landslide scar. The presence of plant species indicated initial recolonization. The vegetation on the adjacent uneroded area, the position of the landslide scar relative to the adjacent vegetation, dispersal factors, climate, physical restrictions, and biological interactions are important factors that influence recolonization [1,5,13].

The succession of species varies on different landslide substrate condition, which primarily includes soil fertility and stability. Primary succession is commonly observed in areas of little biological legacy or unfavorable environmental conditions. Pioneering species are dependent of the substrate characteristics of the landslide scar. None vascular plants such as mosses can thrive on unstable and infertile substrate though succession rate is slow. Ferns tend to thrive in unstable and fertile soils by forming mats. Herbs, shrubs and trees prefer stable and fertile substrate, which allows fast rate of succession [5].

Succession in landslide results to vegetation recovery. Vegetation of a landslide scar helps in soil stabilization. The vegetation on a landslide scar intercepts rainfall and the roots of plants reinforce the soil through aggregation [1,5]. Grasses were demonstrated to develop resistance to pulling, which is a good indication of soil stabilization [12]. Accordingly, studies on landslide succession have been crucial for designing restoration strategies [5]. The identification of the recolonizing species can specify species, which are suitable for preventing erosion [12]. Further, the interaction between adjacent vegetation and landslides is significant in recolonization, which can indicate strategies in rehabilitating and mitigating of landslides [1,6].

The vegetation analysis of the landslide scar in Poblacion Central, Atok, Benguet Province has shown initial recolonization of species. Pioneering species found in the landslide are composed of two lichen species, one moss species, four species of ferns and fern allies, and 12 species of higher vascular plants. Of the 19 species identified in the landslide scar, the most dominant is Campylopus sp. with an importance value of 30.365%. In comparison with the adjacent uneroded area, there were 21 species identified, in which the most dominant is Paspalum distichum L. with an importance value of 25.461%. Eight of the species identified in the adjacent uneroded area are similar with the landslide scar, indicating the influence of adjacent vegetation in recolonization. The adaptability of these species to other landslides is recommended for further study.

The authors are grateful to the United States Agency for International Development through the United Nations – World Food Programme for the financial assistance. To the local community who extended support and help during the conduct of the study. To the University of the Philippines Baguio for allowing us to make use of the facilities such as laboratory and the UP Baguio herbarium. 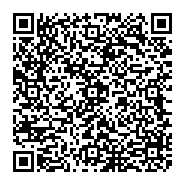