Background: Osteocalcin (OC), an osteoblastderived bone matrix protein, may be involved in atherosclerosis pathophysiology. The physiological action of OC and the effect of OC administration under atherogenic conditions in vivo have not yet been examined.

Conclusion: We thus propose that GluOC exhibited potential atheroprotective effects through serum NO production and hypercholesterolemia improvement in wild-type mice.

Recent studies have indicated broad roles for Osteocalcin (OC), especially uncarboxylated OC (GluOC), including the regulation of whole body metabolism, reproduction and cognition [1,2]. In addition, there is a critical relevance between OC and atherosclerosis, such as the existence of OC in atherosclerotic plaques and a negative correlation between serum OC levels and atherosclerosis development [3-5]. There is a study to examine the therapeutic effect of OC administration on high fatdiet- induced impairment using genetically modified animals [6]; however, the physiological role of OC in wild-type living animals has not yet been elucidated.

There is also evidence that Nitric Oxide (NO) production is stimulated by GluOC in vascular endothelial cells via endothelial NO synthase (eNOS) phosphorylation in vitro [6,7]. NO is a multifunctional signaling molecule critically involved in the maintenance of metabolic and cardiovascular homeostasis. Previous studies have demonstrated that endothelium-derived NO suppresses key processes in vascular lesion formation and potently opposes atherogenic progression [8-12]. Therefore, in the present study, we used wild-type female C57BL/6 mice fed a normal diet or a diet supplemented with cholesterol and cholic acid to measure serum NO values following GluOC or γ-carboxylated osteocalcin (GlaOC) treatment.

Furthermore, we examined a potential antiatherogenic role of GluOC in vivo. Recent studies determined that serum OC levels were negatively correlated with hypercholesterolemia, a primary risk factor for atherosclerosis [4,13]. To address this, we measured serum lipid profiles in the mice and further explored the effects of GluOC application on molecules involved in cholesterol metabolism.

3.1 GluOC, but not GlaOC, induced eNOS phosphorylation in aortic endothelial cells and promoted NO production in vivo

We first examined whether GluOC and GlaOC promoted eNOS phosphorylation in HAECs. eNOS phosphorylation was significantly increased in response to 25 and 100 ng/ml GluOC but not to the same doses of GlaOC (Figure 1A). Furthermore, intraperitoneal administration of 30 μg/kg GluOC, but not GlaOC, resulted in a significant increase in serum NO concentrations in 8-week-old female C57BL/6 mice fed a normal chow diet (Figure 1B). Figure 1:GluOC induced eNOS phosphorylation in aortic endothelial cells and promoted NO production.
(A) Western blotting. HAECs treated with GluOC (5, 25, and 100 ng/ml) or GlaOC (25 and 100 ng/ml) for 30 min were lysed with RIPA buffer (Nacalai Tesque Inc.), including inhibitor cocktail of protease and phosphatase (Nacalai Tesque Inc.). Each data point in the graph represents the mean ± SD of three independent experiments. GAPDH was used as a loading control. Densitometric intensity was analyzed with ImageJ software [29]. ***P<0.001 versus the corresponding value for the control. (B) Serum NO measurement following acute GluOC administration. Normal diet-fed C57BL/6 female mice (8 weeks of age) were administered GlaOC or GluOC (30 μg/kg) i.p. twice (0 and 24 h). 1 h after the second OC administration, serum was obtained and used for the assay. The total numbers (n) of mice analyzed are displayed within the bars. *P<0.05 versus the corresponding value for the vehicle-treated mice.

Consistent with previous data, our study revealed that GluOC treatment improved hypercholesterolemia in F2HFD1-fed mice (Figures 2D–2F) [4,13,18]. To understand how GluOC regulates serum cholesterol levels, we investigated the expression levels of cholesterol metabolism-related transcription factors, LXRα and SREBP2. The active forms of both transcription factors were up-regulated by GluOC administration in white adipose tissue and liver, but not in the intestine (Figure 3A). LXRα controls cholesterol efflux by regulating expression of the genes encoding the ATP-binding cassette (ABC) transporters, such as Abca1, Abcg5 and Abcg8, and is also a regulator of Srebp1 [18,19]. These mRNA levels were up-regulated or tended to be upregulated, in the adipose tissue and liver of GluOCtreated mice compared with those of control mice (Figures 3B–3E).

In this study, we reported that GluOC administration increased serum NO concentration and improved dietary hypercholesterolemia, which is an important risk factor for atherosclerosis in vivo [4,13]. There is evidence that endothelial cell NO production, which exerts a number of atheroprotective effects, is potentially increased by GluOC treatment via eNOS phosphorylation [6-8,12]. However, the actual NO values in cell culture supernatant or serum after GluOC treatments have not been verified in those studies. Additionally, our study revealed that GluOC, but not GlaOC, treatment promoted eNOS phosphorylation in HAECs. Accordingly, we investigated GluOC-induced NO production in wildtype mice fed an atherogenic diet to evaluate the atheroprotective effect of GluOC. Both acute and chronic GluOC treatment in vivo increased serum NO levels. Given that adiponectin, which is up-regulated by GluOC in adipocytes, also activates eNOS phosphorylation, we propose that GluOC treatment would confer cardiovascular benefits by enhancing NO bioavailability [20,21]. The relationship between bone metabolism and serum lipid profiles under pathophysiological conditions has been controversial [22,23]. We determined that GluOC treatment up-regulated two cholesterolregulating transcription factors, LXRα and SREBP-2, in white adipose tissue and liver. Furthermore, the mRNA expression levels of the direct LXRα target genes (Abca1, Abcg5, and Abcg8), which are related to sterol excretion and reducing intestinal cholesterol absorption, were similarly increased.

A previous study demonstrated that an increase in ABC transporters led to a compensatory increase in cholesterol synthesis [24]. The present study revealed that SREBP2, which up-regulates genes involved in cholesterol biosynthesis and uptake, was also increased in white adipose tissue and liver of GluOCtreated mice. In addition, SREBP1, which activates fatty acid synthesis-related gene transcription and leads to fatty liver, is also an LXRα target gene [25,26]. Indeed, Srebp1 mRNA expression was significantly increased in white adipose tissue from GluOC-treated mice compared with that of the control. However, serum TG levels, adipocyte size in white adipose tissue, and lipid droplet area in the liver were ameliorated by GluOC administration. Based on these results, we concluded that GluOC treatment improved dietary hypercholesterolemia, likely by increasing LXRα expression, resulting in the promotion of lipid excretion and absorption inhibition rather than synthesis.

In this study, we used wild-type mice without any genetic modification to describe a physiological role for GluOC in atherogenic development. Given that wild-type rodents are resistant to atherosclerosis development, future studies using genetically modified mice, such as LDL receptor-deficient and apolipoprotein E-deficient mice, are warranted to investigate the GluOC therapeutic process [6,27,28]. 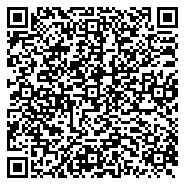