Subacute Toxicity Study of the Aqueous Extract from Acanthus montanus

Acanthus montanus aqueous extract (AM) is a traditional treatment for pain, female infertility and threatened abortion with dosage schedule depending on the ailment. AM was evaluated for subacute toxicity. Female Wistar rats, 6/group, took oral doses of AM at 0, 125, 250, 500 and 1000 mg/kg/day for 30 days. Hypercreatinine was observed on day 30 but not glucose, transaminases, total proteins, hematological parameters, oxidative stress markers, gross and histological changes on liver, lungs and heart. However, kidneys of 1000 mg/kg/day group had crystals resulting in glomerulosclerosis. In conclusion present results suggest that, AM lacks effects on hematological, some biochemical; and oxidative stress markers but possesses nephrotoxic and hypecreatinemic effects at a dose > 500m/kg/day which is below the nominal human value.

The use of herbal medicine in the treatment of diseases is increasing worldwide. Traditional medicine still remains the main resource for majority (80%) of the people in developing countries [1]. The safety of these herbal remedies is still doubtful though effectiveness of some have been validated through research and clinical studies [2].

The plant Acanthus montanus is a strikingly small shrub with sparse branches and soft stem that belongs to the family Acanthaceae. It is commonly known as Mountain Thistle or Bears Breech and is believed to have originated from West Africa [3]. Traditionally,the stem and leaves are used locally to treat various illnesses. In Traditional Medicine and Pharmacopoeia of Cameroon,AM is used to treat pain,cough,epilepsy,dysmenorrhoea,miscarriages and false labour [4]. Soups made from it are also used for abdominal pains caused by indigestion. Asongalem et al. [5] reported that aqueous extracts of the plant showed anti-inflammatory,lack of central analgesia and antipyretic properties. They demonstrated that the same plant extracts exhibited a dose dependent inhibition of writhing and did not affect the second phase of formalin test,thus,showing its poor centrally acting activity.

Our previous studies have showed that Acanthus montanus inhibited uterine contractions induced by histamine,serotonin and prostaglandin [6]. This plant is devoid of toxic effects in rats at the doses often used by the population to treat inflammatory and analgesic ailments,but its MeOH/CH2Cl2 extract was not teratogenic compared to its aqueous extract [7,8] and possesses anti-fertility activities in female rats [9].

On the basis of these results,the present study was initiated to assess a 30-day AM toxicity on Wistar rats to estimate human susceptibility to its toxicity.

A. montanus (Nees) T. Anderson (Acanthaceae) plants were collected in Mvog-Ebanda area of Yaounde,Cameroon in February 2006 and identified in the National Herbarium,Yaounde where a voucher specimen was kept under the code was 1652SRFCAM.

The aqueous extract was prepared as described by Asongalem et al. [5],by maceration of 3.8 kg of sun-dried pulverized leaves of the plant in 10 L of boiled distilled water for 24h. The extract was later filtered,and the solvent eliminated by concentration in a rotor evaporator under reduced pressure to give a yield of 400 g (10.52 %) of aqueous extract.

The experimental animals used in this study were female Wistar rats of sixty days old. They were raised in the Animal House of the Faculty of Medicine and Biomedical Sciences of the University of Yaounde 1. Their weights were 120 ± 10 g. They were acclimatized in the laboratory conditions for 10 days with water and standard rat chow given throughout the experimental period. Prior authorization for the use of laboratory animals in this study was obtained from the Cameroon National Ethical Committee (Reg. No. FWA-IRB00001954). Following clearance from the Institutional Ethical Committee,the rats were sacrificed with ether.

Female rats were divided into five groups,each consisting of 6 animals and subjected to 15 hours of fasting prior to treatment. By gavage,the Control and Treatment groups were given distilled water and doses (125,250,500 and 1000 mg/kg/day) of aqueous leaf extract of Acanthus montanus for 30 consecutive days. Clinical signs,behavioral pattern,body temperature,food and water intakes,and body weights were recorded daily. On days 0,10,20 and 30,blood samples were collected for hematological and biochemical assessments. The animals were sacrificed through an overdose of ether anesthesia at end of day 30 and its organs (liver,kidneys,heart,spleen and lungs) weighed and kept in 10% buffered formaldehyde solution for histopathological analysis.

Hematological parameters like hematocrit,Hemoglobin,platelets,red blood cell and white blood cell counts were determined using an autoanalyzer (System H1,Bayer Diagnostics). Biochemical parameters such as blood glucose,transaminases (Aspartate aminotransferase and Alanine transferase,creatinine,cholesterol and total protein in serum,liver and kidneys were determined using commercial kits,while biomarkers of oxidative stress such as superoxide dismutase (SOD) [10],glutathione [11] and malondialdehyde [12] were also determined in the serum,kidney and liver.

Results were expressed as mean ± standard error of mean (S.E.M.) and the statistical significance differences between the groups was determined by one-way analysis of variance (ANOVA) followed by Dunnett’s multiple comparison test as post test. P values less than 0.05 were considered as significant.

Cage side observation: Neither did the rats exhibit any abnormal behavioural responses nor was there any mortality recorded; Rectal temperature: There was an insignificant difference of rectal temperatures between the treatment and control groups; Food and water consumption: Food and water consumption in the treatment and control groups were unchanged (Table 1); Body weight changes: All rats showed significant increase in body weight compared to their initial weights on day 0. However there were no significant differences between the groups and the control group (Table 1); Organs relative weights: The macroscopic analysis of the target organs of the treated animals compared to the control (liver,lung,heart,spleen and kidney) did not show significant changes in color,texture and weight when compared with the control group. The results of organs weight are summarized in Table1.

Hematological parameters of treated rats did not significantly deviate from control group (Table 2). There were significant increases of alanine transaminase and hepatic total protein in the rats treated with 1000 mg/kg/day of the aqueous leaves extract (Table 3). Other parameters remained unchanged. No significant difference was observed in some markers for oxidative stress such as catalase,superoxide dismutase (SOD),glutathione and malondialdehyde (Table 4). The extract did not cause significant pathology in the treated groups receiving doses less than a 1000mg/kg/day. Degenerative changes were,however,observed in the kidneys of rats treated with 1000 mg/kg/day. These changes were glomerulosclerosis characterised by glomerula retraction and necrosis of some cells (Figure 1). The histology of the liver revealed the presence of inflammatory cells in some rats treated with 1000 mg/kg/day doses (Figure 2 ). The use of extracts of medicinal plants is common in most African societies. Acanthus montanus is used for the treatment of infections,epilepsy,fever female sterility and infertility [3,14,15]. Previous studies have shown Acanthus montanus having no effects on behavior,food and water intakes,body weights and mortality [7]. Similarly,organ weights of treated groups were unchanged. These results attest to the non lethality of the plant at doses used since it is known that,reduction in body weight gain and internal organ weights are simple and sensitive indices of toxicity after exposure to a toxic substance [16]. No mortality and reduction in the body weight were also observed during the study of acute and subacute toxicity studies of polyherbal antidiabetic formulation DIAKYUR® in experimental animal models [17].

Glomerulosclerosis observed in the kidney at 1000mg/kg/day could be attributed to the presence of crystals which is typical of the plant as observed by Nana et al. [7]. One of the important finding in this study was an increase in liver enzymes (in particular ALT) that plays a role in protein metabolism. Usually,about 80% of AST is found in the mitochondria whereas ALT is a purely cytosolic enzyme. Therefore,AST appears in higher concentrations in a number of tissues (liver,kidneys,heart and pancreas) and is released slowly in comparison to ALT. But since ALT is localized primarily in the cytosol of hepatocytes,this enzyme is considered a more sensitive marker of liver inflammation or damage than AST and within limits can provide a quantitative assessment of the degree of damage sustained by the liver [17]. The significant elevation in ALT level at 1000 mg/kg/day could be therefore an indication of hepatocellular changes induced by AM. This finding was confirmed by the histology of the liver which revealed the presence of inflammatory cells in some rats treated with the dose of 1000 mg/kg/day. This significant elevation in ALT level was also observed during the acute and sub-acute toxicity profile of NATURE CURE BITTERS® in Wistar rats and Swiss albino mice at 400 mg/kg/day doses indicating hepatic cells injury [18].

The hematological analysis showed no significant variations of the rate of total red blood cell,leukocyte,and platelets counts,hematocrit and hemoglobin. The non-significant variation of these elements would like to show that AM would not have had toxic effects on the blood cells,hematopoiesis,or leucopoiesis and osseous marrow as observed,during the study of the acute and subacute toxicity of the ethanol extract from Lonicera japonica Thunb in rats [19].

There were no significant changes in any liver function parameters,such as total cholesterol and protein as compared to the control group. Estimation of the total protein is one of the most widely used means of measuring hepatocellular injury. Total protein measurements can reflect nutritional status and may be used to screen for and help diagnose kidney disease,liver disease,and many other conditions. Low total protein levels can suggest a liver disorder,a kidney disorder,or a disorder in which protein is not digested or absorbed properly. High total protein levels may be seen with chronic inflammation or liver infections. Total cholesterol test is used to estimate risk of developing a disease specifically heart disease and some liver dysfunctions. Increase in the total protein and cholesterol as well would have indicated hepatocyte damage [18].

The normal levels of serum creatinine and renal total protein indicated that the aqueous leaves extract did not affect renal function and that renal integrity was preserved at the usual human dose (< 200 mg/kg) [19]. Glomerulosclerosis was,however,observed in histological cuts of the kidneys of some rats treated with the dose of 1000 mg/kg/day. This could have resulted from crystals observed in the kidneys.

The level of lipid peroxidation in cells is controlled by various cellular defense mechanisms consisting of enzymatic and non-enzymatic scavenger systems. The fact that there was no significant difference of the activity of the antioxidants enzymes (superoxide dismutase and catalase) and markers of oxidative stress (glutathione and malondialdehyde) shows that the formation of free radicals such as anions superoxides was not induced by the AM [19].

The level of lipid peroxidation in cells is controlled by various cellular defense mechanisms consisting of enzymatic and non-enzymatic scavenger systems. The fact that there was no significant difference of the activity of the antioxidants enzymes (superoxide dismutase and catalase) and markers of oxidative stress (glutathione and malondialdehyde) shows that the formation of free radicals such as anions superoxides was not induced by the AM [19]. 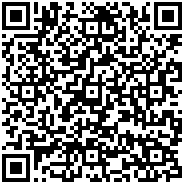