Study of Oxidative Stress Parameters in Patients with Hyperthyroidism

2Institute of Molecular Biology and Biotechnology (IMBB), The University of Lahore, Pakistan

In South Asian population, thyroid disorders are highly prevailing due to iodine deficiency and goitrogen use. In Pakistan, There are more common thyroid diseases in male as compared to female. Graves’s disease is an autoimmune disorder and it accounts for 70-80% of all cases of hyperthyroidism. Hyperthyroidism denotes to over production of thyroid hormones and increased speed of basal metabolism, instigated by increased total consumption of oxygen which leads to increase formation of reactive oxygen species. Reactive oxygen species are one of the main causes of oxidative stress in hyperthyroidism. The aim of this study was the analyses of the oxidative stress parameters in hyperthyroid patients by the analysis of reactive oxygen species which are involved in neutralizing the activity of enzymes such as Superoxide Dismutase (SOD), Catalase (CAT), Glutathione (GSH) and by the quantification of RBCs total antioxidant status. In this study, fifty patient samples with diagnosed hyperthyroidism were included in this study. The levels of Superoxide Dismutase (SOD), Catalase (CAT) and Glutathione (GSH) were measured. The control group consisted of 10 persons in whom serum Thyroid Stimulating Hormone (TSH) were within the normal range. Patients with hyperthyroidism compared with healthy patients were characterized by an increased level of SOD and CAT in female patients as compared to male patients and control groups while the level of GSH remains same for all included groups. It was concluded that hyperthyroidism state in patients is due to production of free radicals formation and disturbance in antioxidant balance which increased significantly as compared to control group.

Human and animals are open to large number of biological and environmental threats. Overproduction of free radical and oxidant species may act as deleterious and toxic products involved in cellular and organ dysfunction through DNA, Lipid and protein damage [1]. Endocrine diseases are common, mainly of these are thyroid gland [2]. In South Asian population, thyroid disorders are highly prevailing due to iodine deficiency and goitrogen use [3]. In Pakistan, There are more common thyroid diseases in male as compared to female [4]. Hyperthyroidism refers to over production of thyroid hormones and increased speed of basal metabolism, caused by increased total consumption of oxygen which leads to increase formation of Reactive Oxygen Species (ROS). Reactive oxygen species are the main cause of oxidative stress in hyperthyroidism. Graves’s disease is an autoimmune disorder and it accounts for 70-80% of all cases of hyperthyroidism [5]. Hyperthyroidism also called “over reactive thyroid or thyrotoxicosis”. Oxidative stress plays an important role in pathogenesis of many pathological changes and physiological process of tissue aging [6]. The natural source of reactive oxygen species in human organism is mitochondrial respiratory chain. Thyroid hormones have regulatory effect on oxidation processes of tissues. Increased synthesis of thyroid hormones leads to accelerate the basal metabolism and increased consumption of oxygen by cells [7]. Hyperthyroidism causes the increased endogenous synthesis of ROS which leads to oxidative stress [8,9]. Serum lipid peroxidation is markedly increased which represents interactions with reactive oxygen species [10]. Serum suerpoxide dismutase (SOD) and Catalase (CAT) activities were found significantly higher as compared control [11]. Hyperthyroidism increases oxidative stress and disturbs oxidant antiboxidant balance in the body [12]. The main purposes of this study were to determine the influence of hyperthyroidism on the parameters of oxidative stress by analyzing the activity of antioxidant enzymes in erythrocytes such as Superoxide dismutase (SOD), Catalase (CAT) and Glutathione (GSH).

The study included 60 persons (39 women and 21 men) at the age of 21-40 years. 50 persons from this group had confirmed hyperthyroidism, which were initially diagnosed with hyperthyroidism. The control group consisted of 10 persons in whom serum thyroid Stimulating Hormone (TSH) were within the normal range. These samples were taken with the consent of the patients from hospital of District Jhang, Punjab, Pakistan.

Take 3 mL of blood sample in falcon tubes containing Ethylenediamine Tetraacetic Acid (EDTA) and add 0.9% normal solution to make volume up to 6 mL. Centrifuge it for 2 mins at 4000 rpm and repeat the process until erythrocytes get precipitated. RBCs were lysed by the addition of 3 mL of lysis solution. Now sample is prepared for further analysis [13].

Superoxide dismutase activity was determined as described by [14]. First we took 100 μL of sample and then added 1.2 mL or 1200 μL of sodium phosphate buffer (0.052 M, pH 8.3), then add 100 μL of phenazinemethosulphate (186 μM) and 300 μL of nitrobluetetrazolium (300 μM) and 200 μL of NADH (750 μM). Reaction started by addition of NADH after incubation at 30 C for 90 sec and Reaction was stopped by the addition of 100 μL of glacial acetic acid. The whole mixture Stirred vigorously with addition of 4 mL of n-butanol. Then centrifuge the mixture to separate the layer of the n-butanol at 4000 rpm for 10 mins. Color intensity of chromogen in n-butanol layer was measured at 560 nm.

Catalase activity was measured by the method as described by AEBI’S. First take 100 μL of prepared sample and then 1.9 mL of 50 mM phosphate buffer (pH 7.0) was added. Reaction started by the addition of freshly prepared 30 mM H2O2 (Hydrogen peroxide). The rate of decomposition of hydrogen peroxide was measured by spectrophotometer at 240 nm. Activity of catalase was expressed in units/mg [15].

Glutathione hormone activity was measured by following the method as described by Moron [16]. The activity of GSH in RBC’s hyperthyroid patients was included following steps. First, we took the 100 μL of already prepared blood sample and added 2.4 mL of 0.02 M EDTA. Then mixture was kept in ice bath for 10 mins. Distilled water of 2 mL was added in mixture. Then 0.5 ml of 50% TCA was added. Mixture was kept in ice bath for 10–15 mins. The mixture was centrifuged at 3000-3500 rpm for 10 mins. Took 1 mL of supernatant was taken in a separate test tube. Then added 2.0 mL of 0.15 M TrisHCl and 0.05 mL DTNB and vortex. Absorbance was taken after 2-3 mins at 412 nm and compared with standard curve and calculate the concentration of GSH.

The data obtained from this study were analyzed using the SPSS software. The student t test was used to find the statistically significant differences between mean patients and control values. Correlation analysis was also carried out to find any significant relationships between different oxidative parameters.

The number of factors are associated to maintain the level of oxidative reduction. On one side, destructive influence of reactive oxygen species as hydrogen peroxide and other oxidative factors. On the other side, protecting the organisms from the effects of free radical through different mechanism. There is an enzymatic system that catalyses neutralization of free radicals as SOD, CAT and GSHPc. In our study, all patients having hyperthyroidism belong to JHANG city of Pakistan. Statistical analysis was carried out using the SPSS 16.0 for windows. The results were reported as mean ± S.D. Student’s t-test was used to determine whether differences between means were significant. The high level of SOD was observed in female patients (0.437030 ± 0.1905596) as compared to male patients (0.421765 ± 0.2198168 U/g HB, p=0.008) and control groups Figures 1 and 2 which are in agreement with previous study that SOD activity was overall significantly high by the excessive production of free radicals in state of oxidative stress [5]. The SOD and CAT activities were significantly increased compared to control group and decreased in hypothyroid group. Both group condition modify the oxidant antioxidant state in serum and tissues [17].

Figure 1: Comparison of SOD, LDH and CAT in hyperthyroid male patients with reference to control samples.

Figure 2: Comparison of SOD, LDH and CAT in hyperthyroid female patients with reference to control samples.

Figures 1 and 2. The previous studies showed that the high activity of SOD, GSH and CAT were due to oxidative stress and increased production of hydrogen peroxide as well as stimulation of TSH receptors and TSH receptors antibodies [18,19].

Correlation analysis was also performed on data obtained for SOD, GSH and CAT between male and female patients. The results obtained showed that strong correlations were between all oxidative parameters and hyperthyroid patients Tables 1 and 2. Our results were in correlation with the study carried out by Jeri et al. [20] as the prevalence of hyperthyroidism has been estimated at 2 percent for women and 0.2 percent for men. 15 percent of hyperthyroidism cases occur in patients older than 60 years [20]. Sub-clinical thyroid dysfunction (Hyperthyroidism) prevails in females with 12.17% occurrence whereas 6.52% in males in Pakistan as described [6]. The high activity of these enzymes was due to oxidative stress and increased production of hydrogen peroxide as well as stimulation of TSH receptors and TSH receptors antibodies. Experimental findings show that hyperthyroidism increases the components of the antioxidant system in the erythrocytes [21]. Our experimental study shows that hyperthyroidism state in patients is due to production of free radicals formation and disturbance in antioxidant balance which increased significantly as compared to control group.

Table 1: Level of SOD, GSH and CAT in erythrocytes of Hyperthyroid Male patients

Table 2: Level of SOD, GSH and CAT in erythrocytes of Hyperthyroid Female patients 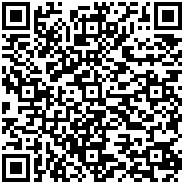