Low concentrations of heavy metals are considerably difficult to remove by conventional techniques. A viable alternative to realize such a removal may be through the application of biosorption by fungal biomass. This research was carried out to estimate the removal of lead from an aqueous solution by biomass of Aspergillus niger from artificial vinegar factory. The adsorption of Pb2+ fitted well with the Langmuir equation, giving adsorption capacity (qmax) and binding constant (b) of 47.62 mg Pb g-1 dry wt. and 3 mg l-1, respectively. The A.niger biomass could also reduce metal concentrations to low residual levels (< 50 mg l-1) within 30 minutes. The adsorption was low at pH 3 - 4, but Pb2+ was well adsorpted in the pH range from 5 to 9 (p < 0.05). Desorption of biosorbed Pb2+ was achieved by elution with 0.1 M HNO3.

Biosorption of heavy metals by microbial cells has been recognized as a potential alternative to existing technologies for recovery of heavy metals from natural waters and industrial waste streams. Biosorption is generally defined as the accumulation of metals by live cell without active uptake and can be considered as a collective term for a number of passive accumulation processes which may include complexation, coordination, ion exchange, chelation, and adsorption [1]. Biosorption by fungi as an alternative treatment option for wastewater containing heavy metal has been reviewed by Kapoor and Viraghavan [2] and Modak and Natarajan [3]. But little is known about the removal of Pb2+ from aqueous solutions using Aspergillus niger [4] which is applied in a variety of industrial fermentation processes, such as citric acid and gluconic acid production. Artificial vinegar is a solution of acetic acid produce from A.niger.

The objective of this study was to investigate the removal of Pb2+ from aqueous solution by mycelium biomass of A.niger from artificial vinegar industrial plant.

Biomass of fungus A.niger, obtained from the industrial plants producing acetic acid in artificial vinegar factory (Nakhonsawan province, Thailand) was used as biosorbent. The culture was maintained on the malt extract agar (MEA) at 4 ° C Fungal spores were obtained from a 5 days oldculture grown on MEA at 30±2° C The spores were collected in 0.01 %tween-80 solution.

Fungal biomass was cultivated in potato dextrose broth (PDB), using the shake flask method. Spore suspension (1x108 spores) was transferred to a 250 ml Erlenmeyer flask containing 50 ml PDB. Once inoculated, flasks were shaken on a rotary shaker at a speed of 150 rpm for 3 days at 30±2 ° C. The culture grew as discrete pellicles. Harvesting of the biomass was done by filtering and washed biomass is here after called “viable biomass”. Pellet viable biomass was used in the Pb2+ uptake studies.

The lead tolerance of mycerial growth was investigated by weighing dry biomass after 3 days incubation on a rotary shake flask at 30±2 ° C and 150 rpm in the PDB broth with Pb2+ ion concentration ranging from 10 to 300 mg l-1, as compared to that without Pb2+.

Viable biomass 20 g dry weight (or its equivalent of 0.91 g dry weight) was put in contact with 25 ml of lead nitrate solution at pH 5, adjusted using 1 M NaOH and HNO3. Whenever the cell metabolic pathway was needed to inhibit, 1 mM sodium azide (NaN3) was added to the required concentration 30 minutes before the addition of lead nitrate. The lead nitrate solution biomass mixtures were shaken at 125 rpm on a rotary shaker at 30±2 ° C for 2 hours [5]. The supernatant was kept for the Pb2+ concentration analysis by the atomic absorption spectrophotometer (Varian Spectr AA 800).

Batch kinetics studies were conducted to determine the equilibrium time for biosorption of Pb2+. The viable biomass was put in contact with lead nitrate solution in the contacted time that varied from 5 to 50 minutes. The initial metal concentration of approximately 50 mg l-1 was used.

Viable biomass was put in contact with lead nitrate solution in concentrations that varies from 5 to 50 mg 1-1. Controls for the determination of the initial Pb2+concentration (Ci) were run under identical conditions as sorption samples but without biosorbent. After the contact, the supernatant solutions were analyzed for residual Pb2+ concentrations (Cf). In order to obtain the sorption kinetics data, the metal uptake value (q) was calculated using the following equation:

Where: q is the metal uptake (mg Pb g-1 dry wt.), Ci and Cf are the initial and final Pb2+concentrations in the supernatant, respectively (mg l-1), V is the volume of solution in the contract batch flask (ml), and M is the dry mass of the pellets (g). This definition of the uptake permits the direct calculation of the amount of metal taken up from the solution after contacting with the sorbent. The resulting values of Cf / q were plotted against Ci to obtain a Langmuir plot typical for the sorption behaviour.

Effect of pH and Mycelial Age

In order to evaluate the effect of pH and mycelial age on the Pb2+ uptake, the pH of the solution was prepared to be in the range between 3.0 and 9.0 before mixing biomass. The pH was adjusted to the required value with 0.1M NaOH or 0.1M HNO3. There was no spontaneous Pb2+ precipitation in the prepared solutions. The mycelial age ranged from 1 to 5 days old.

After biosorption, desorption experiments with two different desorbents; DI water and 0.1M HNO3 were also consequently investigated. Metal concentrations were determined after separating the biomass from eluting agent by filtration.

All the experiments were triplicated. Mean values were used in the analysis of data by using the analysis of variance (one - way ANOVA) and Post Hoc. Duncan test (P<0.05).

Data for the mycelial growth of A. niger with and without Pb2+ as determined by dry weight are presented in Figure 1. At 3 days, the growth was increased at Pb2+ concentrations up to 50 mg l-1 (p < 0.05) and decreased after Pb2+ concentration higher than 100 mg l-1. The mycelial dry weight was reduced in 300 mg Pb l-1, achieving the dry weight of 79.02 %as compared to that without lead. This high lead tolerance property is industrially significant if this viable biomass is applied to the biological removal of lead from industrial wastewater because in many potential applications, high lead concentration will be present. Figure 1: The mycelial growth of A. niger in PDB with and without lead at 3 days incubation.

The effect of exposure time of the viable biomass, which is used to determine the biosorption characteristics, was investigated. The data have only been given for buffered solutions to avoid the complexation of metals by other anions. As seen in Figure 2, it is the kinetics of lead biosorption from aqueous solution by the viable biomass. The rate of biosorption was fast and contributed significantly (p < 0.05) to equilibrium uptake 97.67 %recovery being achieved at the first 30 minutes. 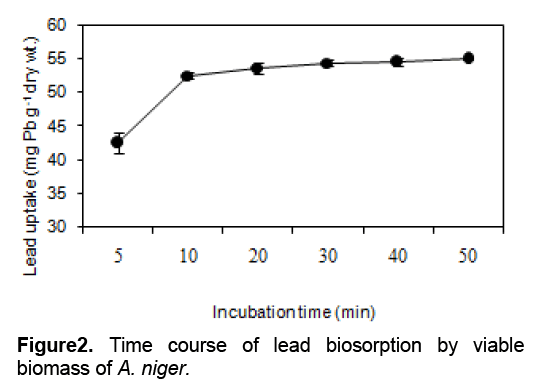 Figure 2: Time course of lead biosorption by viable biomass of A. niger.

To distinguish between the lead adsorbed by the biomass and lead actually taken up (bioaccumulation), metal uptake assays ware performed in the presence of sodium azide, a respiratory inhibitor. The viable biomass with 1 mM sodium azide before exposure (30 minutes) to lead resulted in the reduction of lead uptake from 2.47 ± 0.02 to 2.03 ± 0.18 mg g-1 dry wt. as compared to that without inhibitor. It accounts for 17.81 % reduction. It is likely that lead uptake by the viable biomass is partially metabolism-dependent. Since sodium azide is the specific inhibitor of ATP synthesis, the small decrease in observed lead uptake could be due to the endogenous ATP remaining inside the cells [6] which could probably fuel themselves to take up lead.

Uptake Mechanism of Lead by Viable and Nonviable biomass

Lead was taken on viable or nonviable biomass, which was used to determine the biosorption on Lead’s concentration between 0 to 50 mg 1-1 (Table 1). The equilibrium isotherm of lead adsorption by the A. niger biomass can be described by Langmuir isotherm. Figure 3 shows the isothermal adsorption equilibrium of lead at 25 oC and pH 5 on A. niger mycelial. These isotherms follow the typical Langmuir adsorption pattern as shown by the linear transformation. The linearised form of Langmuir equation is represented by the following expression: Factors Influencing Lead Biosorption and effect of pH on biosorption

A. niger showed highest detoxification of Pb2+ at pH 7 with the value of 2.45 ± 0.08 mg g-1 dry wt. or 98.07 %(Figure 4a). This indicates that pH in the range of 5 to 9 did not affected the biosorption of lead by viable biomass. Thus, it can be used for lead removal over a very wide range of pHs above 4. The low metal biosorption at pH 4 has been suggested to the competition that metal ions from hydronium ions for the available biosorption sites. Figure 4: Effect of pH (a) and mycelial age (b) on lead biosorption by viable biomass of A. niger.

Effect of Mycelial Age on biosorption.

The dependence of lead biosorption by living A. niger on pH is shown in Figure 4b. The results show that the maximum efficiency of lead uptake (95.17%) could be reached when culture age 3 days was used whereas increasing mycelial age up to 5 - 7 days old reduced lead uptake (87.11% - 71.93%). The morphology change of the cells wall during the growth is a major responsibility of the change of the functional groups on the cell wall [8], involving metal uptake.

The use of 0.1 M HNO3 solutions, as an inexpensive elutes, deposits H +ions on the biomass surface. The advantage of dilute acid is low chemical stress on the cell. However, the excessive amounts of H +ions can reduce the metal biosorption capacity of biomass. The decrease in lead uptake by acid desorbent might be due to the increase of the concentrations of competing hydronium ions. It is also possible that the physical structure of the biomass becomes damaged by this acid [5].

The removal of lead from an aqueous solution by biomass of A. niger was observed in this study lower than other studies such as Faryel et al. [9]. However, the observed removal of Pb2+ in this present work was consistent with the findings of Jianlong et al. [10]. The results showed that A. niger is suitable for using as Pb2+ accumulators in waste water.

The results of this research show that visible biomass of A. niger used in industrial producing artificial vinegar is great quantities for the removal of Pb2+ion from aqueous solution. The adsorption process can be described by Langmuir equation. The culture age and the pH affected this process.

For the desorption, HNO3 showed in the highest efficiency to elute lead from the biomass. 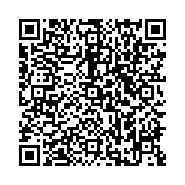