This study concerns the use of potential of Pseudomonas aeruginosa expressing the Vitreoscilla hemoglobin gene (vgb) for the effect of heavy metals (Cd+2, Co+2 and Pb+2). P. aeruginosa, started producing in Pb extracellular glucose at the 845 mg/ml, at the 24 h of the incubation, while PaJC reached its maximum 300 mg/ml, at the 96 h of the incubation. The highest value of bacterial density 96 per hour and 5-fold difference in the presence of Co PaJC reached. If the lowest value, reached in the presence of Cd. 48, especially in the presence of Cd, PaJC hour cell density reaches 6 times more in wild-type strains. PaJC exhibits favorable properties including enhanced cell density, pH, biomass and extracellular glucose production over the wild type strain. According to this study, recombinant bacteria PaJC’s might be in environments with metal binding and removal of heavy metal pollution is a good candidate.

The release of heavy metals to the environment is still the most dangerous and causes an environmental pollution problem because of their unique characteristics. Resistance to heavy metals is observed in a wide variety of bacteria, especially in gram negative species such as Pseudomonas sp., Ralstonia metallidurans, Enterobacter cloacae, Thiobacillus ferrooxidans, and mucilage producing Cyanobacteria. The members of genus Pseudomonas are well-studied and are of great interest not only because of their high resistance to heavy metals and other toxic substances, but also for their simple nutritional requirements and rapid growth in standard laboratory media [1].Various microbial species, mainly Pseudomonas, have been shown to be relatively efficient in bioaccumulation of the different heavy metals from polluted effluents [2]. However, in bacteria, efflux systems are a more common resistance mechanism for dealing with heavy metals. Biofilm bacteria are usually embedded in an extracellular polymeric substance (EPS) matrix composed of polysaccharides, proteins, and nucleic acids [2]. Several studies have shown the adverse effects of metal toxicants on growth, lag phase, population size of bacterial cultures [3]. Unlike organics, metals cannot be degraded, and thus most biological metal remediation approaches rely on the detoxification and immobilization of the metal both to reduce the biological toxicity and to retard metal transport [4]. P. aeruginosa is a ubiquitous, environmentally important microbe that may employ many resistance mechanisms. However, in bacteria, efflux systems are a more common resistance mechanism for dealing with heavy metals. Other types of efflux systems simply pump toxic metal ions out of the cell [2]. P. aeruginosa is a gram-negative, aerobic rod belonging to the bacterial family Pseudomonadaceae. P. aeruginosa is pathogens of humans. P. aeruginosa is often preliminarily identified by its pearlescent appearance and grape-like odor in vitro [5]. In addition, at high levels, both essential and nonessential metals can damage cell membranes, alter enzyme specificity, disrupt cellular functions, and damage the structure of DNA. The cell surfaces of all microorganisms are negatively charged owing to the presence of various anionic structures. This gives bacteria the ability to bind metal cations. Various microbial species, mainly Pseudomonas, have been shown to be relatively efficient in bioaccumulation of the different heavy metals from polluted effluents [6]. P. aeruginosa was chosen because it is widespread in nature and it has been often used in bioremediation studies. It is an aerobic, motile Gram-negative bacterium, heterotrophy that produces large amounts of exopolysaccharides, which form the so-called biofilm [7]. Particularly interesting among those are Pseudomonas, a genus including well characterized members with genetic engineering of Pseudomonas may therefore result in strains with enhanced biodegradative activities and a potential for bioremediation applications in metal-polluted sites biochemical and genetic characteristics, and for which a considerable range of genetic tools (vectors, transposons, etc.) are available [8]. In general six heavy metals present most frequently in polluted aquatic and soil environments (Cu, Cr, Hg, Cd, Zn, Co) were tested. The effects of these metals on bacterial growth, the mass of dry cells produced, ammonium assimilation, pigment production, and protein synthesis, were examined. The metal binding capacities of whole cells of a gram-negative bacterium, P. aeruginosa as a well characterized, ubiquitous bacterium, resistant to several anti-microbial agents, producing many intra and extra-cellular substances and a gram-positive bacterium [9]. P. aeruginosa, as opportunistic bacteria, expresses virulence factors. It is widespread in natural and industrial environments and is able to grow in water [10]. Vitreoscilla hemoglobin (VHb) is the first well characterized prokaryotic hemoglobin. The role of VHb in bacteria is to raise the effective dissolved oxygen tension within the cells and to scavenge and release oxygen to terminal oxidases during oxygen-limited growth conditions. Bacteria engineered with the vgb gene had 2.0- to 10-fold higher oxygen uptake rates than the vgb- counterparts [11]. It has been demonstrated that expression of bacterial hemoglobin (VHb) in heterologous bacterial hosts engineered to contain the VHb gene (vgb) often results in enhancement of cell density, oxidative metabolism, protein and antibiotic production, and bioremediation, especially under oxygen limiting conditions [12]. In this study, effects of heavy metals by P. aeruginosa and recombinant strain PaJC were studied in different culture medium included various carbon sources and agitation rate.

Cells were maintained on agar plates at 4 ºC with transfers at monthly intervals. The liquid media used throughout the study was Luria- Bertani (LB) broth medium (g l-1); peptone (10), NaCl (10), and yeast extract (5). The final pH values of broth media was adjusted to 7.0. 250 μl of overnight cultures grown in 20 ml LB in 125 ml Erlenmeyer flasks was inoculated into 50 ml of the same medium in 150 ml volume flasks and incubated for different periods of time. The cultures were incubated in at 200 rpm in flasks containing 50 ml medium. Shake-flasks were incubated at 37 °C in a 200 rpm gyratory water-bath, drawing the samples at certain intervals (i.e., 12, 24, 48, and 72 h). The concentrations of heavy metal compounds based in preliminary experiments; in LB was 200 ppm Cd, 150 ppm Pb and 100 Co were used in LB broth.

The cell densities were measured at OD600 every 24 h using UV/Vis Beckman 640 spectrophotometer.
For determination of the cell dry weight, bacterial suspensions were centrifuged using Bekman centrifuge (AventiTM J-25) at 10.000 rpm for 20 min at 20 ºC and cell pellets produced after centrifugation were dried at 105 ºC for 5 hours before measuring the cell dry weight

The anthrone reagent was prepared right before analysis by dissolving 0.1 g of anthrone (0.1%) in 100 ml of concentrated sulfuric acid (98 %), protected from light and used within 12 h [14]. 800 μl of anthrone reagent were added to each well of the tubes containing 20 μl samples and 180 μl H2O of standard solutions, positive control, manufacturing samples dilutions and blank. Tubes were then placed 10 min at 4 ºC. Subsequently, tubes were incubated 10 min at 100 ºC. They were then placed in ice and stored in the dark for 30 min and reading absorbance at 620 nm was measured by a UV/VIS Spectrophotometer. Measures were taken in triplicate. Colorimetric response was compared to a standard curve based on glucose, and total carbohydrate content was expressed as mg/ml of glucose [14].

As the agitation rate and temperature are two leading factors determining the mass transfer efficiency of both oxygen and medium components and are crucial for the cell growth, glucose production and mass formation, P. aeruginosa and its vgb bearing strain (i.e., PaJC) were cultivated in shake flasks under different agitation rates (200 rpm) and temperature (37 °C). LB medium (not including heavy metal) used since it’s one of the most commonly adopted culture media for P. aeruginosa strains. In this study LB medium to understand the shifts in the presence of heavy metal used as a control. The lowest pH level was obtained in LB (Figure 1). Figure 2: P. aeruginosa and recombinant strain PaJC in LB medium and in the presence of Cd. (A) OD600, (B) pH, (C) Cell mass and (D) Extracellular glucose production. Figure 3: P. aeruginosa and recombinant strain PaJC in LB medium and in the presence of Co. (A) OD600, (B) pH, (C) Cell mass and (D) Extracellular glucose production.

Pb ions, on the other hand, cause significant decreases in the cell density of the PaJC (Figure 4A). The most increase in pH was observed in wild-type bacteria and recombinant bacteria (Figure 4B). However, with Pb, patterns of mass changed. Pb was a much better metal for biomass production compared to others metals. Mass levels of Pa and PaJC in the presence of Pb showed a similar trend (Figure 4C). There was a general increase in cell mass of the recombinant cell with different heavy metals and cultures pH were higher for the heavy metals treated bacteria, though the mass patterns were not affected. Recombinant bacteria PaJC has the lowest production level in terms of sugar production (Figure 4D). Figure 4: P. aeruginosa and recombinant strain PaJC in LB medium and in the presence of Pb. (A) OD600, (B) pH, (C) Cell mass and (D) Extracellular glucose production.

The aim of this study was to investigate the effects of an efficient oxygen uptake system (VHb/vgb) (in the presence of heavy metal stress) on cell density, pH, mass and extracellular glucose production. PaJC exhibits favorable properties including enhanced cell density, pH, biomass and extracellular glucose production over the wild type strain. In this study, genetic engineering of heavy metal resistant strains with vgb may be an effective method to heavy metal resistance and growth. In this study, recombinant bacteria PaJC’s might be in environments with metal binding and removal of heavy metal pollution is a good candidate

The authors wish to thank to Illinois Institute of Technology (USA) Benjamin C Stark, PhD. Professor of Biology for recombinant bacteria. This work was supported by a Grant (APYB 2011/128) from Research Fund Unit of Inonu University 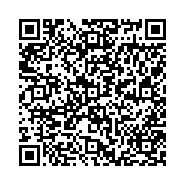