Decreasing of Deuterium Concentration of Water: A Possible Tool in Diabetes Therapy

Background: Developing new diabetes care agent is of great importance and incites increasing demand for new products to improve the diabetes care. Several compounds have been made and investigated for this purpose. DDW is a type of water that has several health benefits and has been used for medicinal purposes in recent years. The aim of this study is to test the effect of removal of D2O on the glucose metabolism in sreptozotocin (STZ)-induced diabetic rat model and to explore the possible mechanism. Methods: Diabetes was induced by a single i.p., injection of 60 mg/kg body weight of STZ. After 2 weeks, animals were randomly distributed into several groups to test the effect of D2O (25-150 ppm) on glucose metabolism in diabetic animals with or without insulin treatment. The serum glucose and HbA1C parameters were tested and at the end of 8 weeks of intervention, the expression of membrane associated GLUT-4 mRNA detected by semi-quantitative RT-PCR. Results: Our results indicate that STZ treatment significantly increased serum glucose and HbA1C. Depletion of D2O has minor influence on the measured parameters in animals not received insulin. However the measured parameters were significantly lower in those animals received lower D2O containing drinking water and insulin treatment. The membrane associated GLUT-4 was significantly higher in these animals also. Conclusions: These data suggest that D2O depletion enhance insulin effect on GLUT-4 translocation and potentiate glucose uptake in diabetic animals, provided good evidence for its potential use in diabetes care.

Diabetes describes a group of metabolic diseases in which the person has high blood glucose. Diabetes develops when the body doesn't make enough insulin or is not able to use insulin effectively (insulin resistance, relative lack of insulin) or both. Due to the absolute or relative lack of insulin the cells are unable to take up glucose, that is why the blood glucose level increases (hyperglycemia) leading to the symptoms of the disease. In these instances the patient blood glucose level is higher than the normal range of 3.5- 6.5 mMol/l. It is common for persons in this diseases group that, in spite of different pathogenesis, they cannot secret the amount of insulin required by their metabolic processes or insulin, although present, has no effect. Several factors that have effect on the insulin action/synthesis [1-8].

STZ were purchased from Sigma, RNA extraction kit were obtained from QiaGene (Tehran, Iran); DNase I, RNase free kit were purchased from Fermentas (Ontario, Canada), RT kit and primers from Bioneer (Daejon, Korea), dNTPs from BioFlux (Tokyo, Japan). All other chemicals and solvent were of the highest commercial grade from Merck (KGaA, Germany) or from Sigma (St Louis, Mo, USA).

Deuterium-depleted water: DDW was produced by Mesbah Company in concentration of 30-150 ppm of deuterium content.

Male Wistar rats, weighing 200-250 g (Pasteur Institute, Tehran, Iran) were used in this study. Animals were housed three per standard rat cage, in a 12:12 h light-dark cycle nd controlled temperature (22 ± 1°C). Commercial rodent pellets and tap water were available and libitum. They were allowed to adapt to the laboratory conditions for one week before beginning of the study. There were eight rats per group in each experiment. The procedures were performed in accordance with institutional guidelines for animal care and use.

Diabetes was induced by a single i.p., injection of STZ (60 mg/kg body weight).

Rats were randomly divided into the following two groups, each group consisting of eight subgroup with three animals in anyone.

Group 1: In this group, rats, dependent on step of examinations, were including:

Subgroup 1-3: Diabetic rats treated with DDW alone and named as:

Group 2: In this group, rats, dependent on step of examinations, were including:

In the 1-1, 1-2, 2-1, 2-2 all of rats and also rats of control 1, control 1(i), DDWD control 2 and DDWDi control2 were fed with commercial rodent pellets and tap water in all time of study. The rats of treatment step, except control subgroups, treated with various concentration of DDW.

All of examination in two groups was done with parallel.

Administration of the DDW; DDW was administered orally to rats in treatment step for 8 weeks.

2.6 Measurement of glucose and HbA1C

To investigate the mechanism of DDW anti -hyperglycemic action, at the end of 8 weeks of treatment, all of the animal’s two groups were analyzed for soleus membrane Glut-4 mRNAs expression by RT-PCR (Reverse Transcription Polymerase Chain Reaction) technique.

All data are presented as mean ± SD. For 8 animals in each group. Comparisons between time points were by one-way analysis of variance (ANOVA) followed by Duncan’s test to analyze the difference. Differences were considered significant when P-values were less than 0.05. All statistical analyses were performed using SPSS19.

The aim of research was to reveal anti-hyperglycaemic effects of DDW and also the molecular mechanism of the processes induced by lowered D concentration. Figure 1: Serum glucose level in the group 1 of rats.

The results of Figure 2 show the variation in HbA1C in group 1 of rats. Its blood levels have increased in all rats during diabetic induction. After the treatment with DDW alone, the blood level of HbA1C increased in all rats in group1, but this increase in rats that consumed deuterium water with a concentration of 125 ppm, was lower than other rats. No change was in the blood HbA1C levels in the healthy control rats. Also, in rats drinking 150 ppm of DDW, blood HbA1C levels increased compared to other rats. It was observed that the rate of increase in HbA1C in rats drinking 100 ppm water was less than ones with fed 75 ppm of DDW. Figure 3: Serum glucose level in the group 2 of rats.

By observing the results of Figure 4, in the rats of group 2, it can be seen that blood levels of HbA1C have increased in all rats during diabetic step. After treatment rats of group 2 with both insulin and DDW, it can be seen that HbA1C is changes in different rats. In the rat receiving insulin and DDW with concentrations of 30, 50 and 150 ppm and also in diabetic control rats, the HbA1C is increased. HbA1C level reduced in the rat receiving insulin and DDW at concentrations of 75, 100 and 125 ppm and the highest reduction was observed in the rats drinking deuterium water with a concentration of 125 ppm. There was no change in blood HbA1C levels in healthy control rats. It is observed that the reduction in HbA1C in the rats drinking 100 ppm of water is higher than it in rats fed with 75 ppm and 50 ppm. Also, the HbA1C blood levels increased in rats drinking 150ppm water more than of rats dirking DDWi with 30 and 50 ppm of deuterium. Results of this study indicated that depletion of D2O alone has minor influence on the measured parameters in animals not received insulin. Figures 1-4 depicts glucose and HbA1C amounts in group 1 of rats. As shown in these figures, the effects of DDW alone in various concentrations on the glucose and HbA1C amounts are not significant with compromised with diabetic control (P>0.05) and are very high relative to amount of them in health control subgroups (P<0.001).

However lowering of the D2O content of waster caused a significant reduction of the blood glucose and HbA1C in insulin treated rats (group 2 of rats) in a dose dependent manner. The highest effect was shown in 125 ppm of D2O. The statistical analysis showed compared to the diabetic rats, the amounts of glucose (p<0.001) and HbA1C (p<0.01) in the DDWTi 125 ppm treated rats were reduced significantly.

To reveal the molecular of the processes induced by lowered D concentration, the effect of D depletion on GLUT4 was investigated in streptozotocin (STZ) treated rats lacking insulin production (Figures 4 and 5). The results indicated that the lowering of D2O promoted the expression of GLUT4 in soleus muscle of DDW treated animals. In STZ-treated rats consuming normal water and DDW alone the amount of GLUT4 was less than 45% of the health control (p<0.001). However In STZ-treated rats consuming DDW (30, 75, 105, 125 ppm) with insulin injection, GLUT4 amount was higher than in the STZ-control (150 ppm) group (p<0.001). Taken tougher, our results suggest that the molecular mechanism of D2O depletion in the glucose and HA1C reduction is the enhancement of GLUT4 expression and potentiate glucose uptake in the peripheral tissue of diabetic animal.

DDW provide a method for treating and preventing the diseases such as diabetes mellitus, are usually coped with surgery, radiation treatments, medicinal treatments, and the like, and in these cases, patients visit directly to hospitals or clinics and receive treatments. These problems can be solved by using deuterium depleted water as the raw material can be used for the treatment and prevention of the diabetes mellitus. 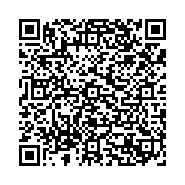